You are here Home > RF and MW Power 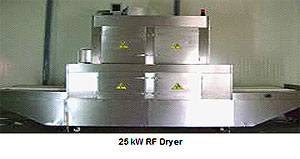 Two C-Band and S-Band IRIG Coded High Power Transmitters have been designed and developed for Tracking Radar for ISRO with L&T as development and manufacturing partner. The transmitters have been integrated with the rest of radar subsystems and handed over to ISRO for use during the satellite launch programmes at SDSC, Sriharikota.
Quick Links SAMEER is now on Twitter